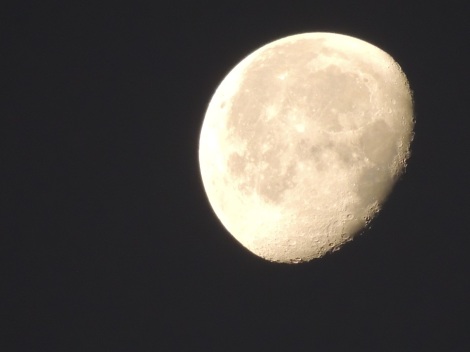 Bats make calls as they fly and listen to the returning echoes to build up a sonic map of their surroundings. A bat can tell how far away something is by how long it takes the sounds to return to them.

The calls are usually at a frequency too high for adult humans to hear naturally. Human hearing ranges from approximately 20Hz-20,000Hz depending on age. In comparison, some bats can hear sounds up to 110,000Hz in frequency. By emitting a series of often quite loud ultrasounds that either sweep from a high to low frequency or vary around a frequency, bats can distinguish objects and their insect prey and therefore avoid the object or catch the insect.

Individual bat species echolocate within specific frequency ranges that suit their environment and prey types. This means that we can identify many bat species simply by listening to their calls with bat detectors.

Here is a short recording from one of the bat surveys undertaken in Wadi Sayq, Dhofar on the 2013 British Exploring Society Oman expedition.

You will notice you can hear two distinct call types indicating two bat species were flying around the surveyors at the time. I have yet to identify the species.