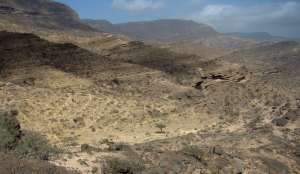 Despite what I said several weeks ago about remaining on British soil and focusing on the conservation of British wildlife, here I am packing my rucksack for a 10 day recce to Oman for the 2013 British Exploring expedition.

The recipe for this sudden change in mindset consisted of two key ingredients. Firstly,  the opportunity to be chief scientist; designing and implementing my own research programme. Secondly, a chance to return to two breathtakingly unique environments that are the Rub’ al Khali and Wadi Sayq. When mixed together, with a pinch of ‘scrolling through photos from the 2012 expedition’, a deadly cocktail was formed, and now I am hooked.

While the ecological consultancy work becomes thin on the ground due to the onset of the Autumnal weather in Britain, the end of the monsoon season in Oman represents a time of plenty for the flora and fauna. I will endeavour to capture a few photos of Dhofar in bloom.

One response to “A Recce to Oman”